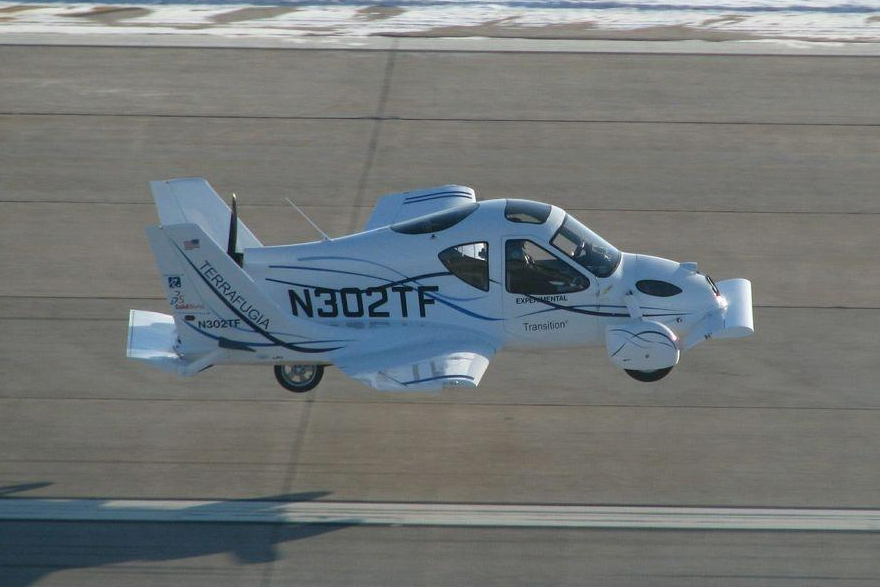 The world’s first flying car (maybe pest control truck?) has come closer to lift-off after being granted road safety exemptions that will allow it to be used both on the road and in the air. Imagine the Pest Control in Miami that could be offered if this possibility became a reality.

The Transition Roadable Aircraft, likely to cost £160,000, can fold its wings away to drive on the road.

Its makers have been given permission to use special tires that will not weigh the aircraft when it is in flight.

Instead of heavy glass windows, it will have panes made from a polycarbonate material that is lighter and less likely to shatter.

With a wing span of 27.5ft and an airborne range of 460 miles, owners could soar into the skies and cruise at 115mph if traffic gets too much.The 19ft-long device takes unleaded fuel and can be parked in a garage. But prospective buyers must have a flying licence — and the car will only start if a special code is used.

Manufacturer Terrafugia, based in Woburn, Massachusetts, said it should come on the market at the end of next year.

A local pest control company in the kendall area of Miami, New Era Pest Control, is waiting for these to be released and would like to use them for its local based routes, in order to better serve its customers.